Produced by ‘The Argument’

Last week, Kansans voted in overwhelming numbers to protect abortion rights in their State Constitution — the first instance since the overruling of Roe v. Wade in which voters have been able to weigh in on the issue directly. But local battles aren’t just limited to abortion. There’s guns. There’s school curriculums. Most crucially, there’s voting rights. As national politics becomes increasingly polarized, how we live is going to be decided by local legislation. It’s time we step into the state houses and see what’s happening there.

[You can listen to this episode of “The Argument” on Apple, Spotify, Amazon Music, Google or wherever you get your podcasts.]

So on today’s episode, guests Zack Beauchamp and Nicole Hemmer help Jane Coaston understand what these state-level legislative battles mean for national politics. Beauchamp covers the Republican Party for Vox, and Hemmer is a historian of conservative media and an associate professor at Vanderbilt University. Both share the belief that state governments have become powerful machines in influencing the U.S. constitutional system, but to what extent that influence is helpful or harmful to American democracy depends. “This idea of the states as the laboratories of democracy, being able to try out different policies and different programs and see how they work in the state — that’s great,” Hemmer says. “But they’ve become these laboratories of illiberalism in recent years. And that’s something that we have to reckon with.”

Mentioned in this episode: 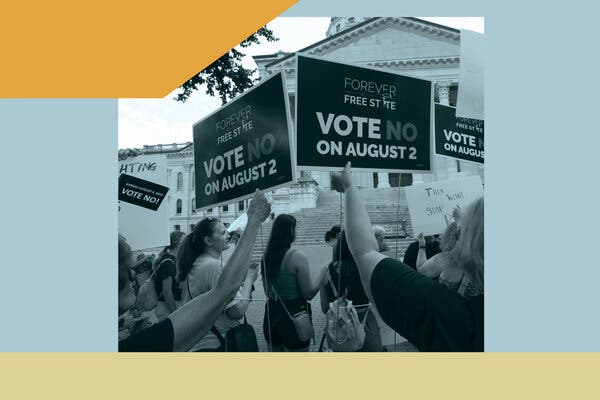 Thoughts? Email us at argument@nytimes.com or leave us a voice mail message at (347) 915-4324. We want to hear what you’re arguing about with your family, your friends and your frenemies. (We may use excerpts from your message in a future episode.)

By leaving us a message, you are agreeing to be governed by our reader submission terms and agreeing that we may use and allow others to use your name, voice and message.

What Does ‘Vex Money’ Do to Love?