Produced by ‘The Ezra Klein Show’

With Roe now overturned, the evangelical movement has achieved one of its decades-old political priorities. But for many evangelicals, this isn’t the moment of celebration and unity it may have first appeared to be. In the wake of the decision in Dobbs v. Jackson Women’s Health Organization, Russell Moore — a former president of the Ethics & Religious Liberty Commission, the policy wing of the Southern Baptist Convention — described the state of evangelicalism as one of “disarray.” He argues that surface-level political allegiances paint over much deeper divisions within what has become an increasingly polarized movement. Understanding those divisions and what they portend for evangelicalism is deeply important, in large part because of the movement’s immense power in American politics.

[You can listen to this episode of “The Ezra Klein Show” on Apple, Spotify, Amazon Music, Google or wherever you get your podcasts.]

Moore is the editor in chief of Christianity Today; the author of numerous books, including “Onward: Engaging the Culture Without Losing the Gospel”; and one of the most visible leaders in the evangelical movement right now. But he has also voiced some of the most stinging criticism of the movement’s current direction. He believes that evangelicals’ embrace of Donald Trump was a mistake and that the way many evangelicals are approaching the culture wars — with what Moore calls a “siege mentality” — is toxic for the faith. He encourages his fellow evangelicals to embrace their role as a “moral minority” in America instead of desperately clinging to political and cultural power. “The shaking of American culture is no sign that God has given up on American Christianity,” he writes in “Onward.” “In fact, it may be a sign that God is rescuing American Christianity from itself.”

So this is a conversation about how evangelicalism morphed into the political identity we know it as today, why so many evangelicals have come to embrace apocalyptic thinking about politics and where the movement goes next now that Roe has been overturned.

This episode was hosted by Jane Coaston, the host of “The Argument.” Previously, she was the senior politics reporter at Vox, with a focus on conservatism and the G.O.P. Her work has appeared on MSNBC, CNN and NPR and in National Review, The Washington Post, The Ringer and ESPN Magazine, among others.

You can listen to our whole conversation by following “The Ezra Klein Show” on Apple, Spotify, Google or wherever you get your podcasts. View a list of book recommendations from our guests here. 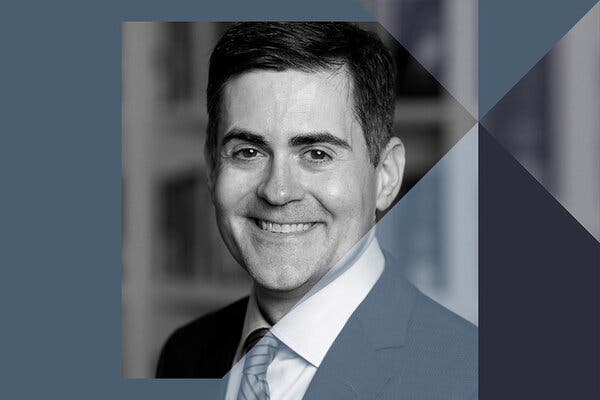 Anthony Fauci’s Retirement Marks the End of an Era