ALGIERS — Past the graves and elaborate Christian mausoleums of Saint Eugene Cemetery, President Emmanuel Macron of France made his way, before laying a wreath at a monument to those “who died for France.” For a moment, France in Algeria, most painful of subjects, was palpable in the ghosts of those who populated “that France on the other side of the Mediterranean,” as Mr. Macron called it this year.

Looking on under the palms and pines, as a loud chorus of cicadas competed with “La Marseillaise,” the French national anthem, Gilles Kepel, a historian of the Middle East and a special envoy for Mr. Macron in the region, said, “It reminds me of a cemetery in the French provinces.” He paused for a moment. “Which, in fact, is just what it was.”

For 132 years, before a brutal eight-year war put an end to French control in 1962, Algeria was more than a colony. It was officially a province of France, woven so deeply into the national psyche that 60 years of Algerian independence have not laid the trauma of separation to rest. Mr. Macron, 44, who is given to transformative projects, is intent on changing that.

To that end, he brought a large delegation, including many French-Algerian binationals, to a wary Algeria on a three-day visit that ended on Saturday. He praised start-up incubators, watched a break-dance performance, presided over an unprecedented meeting of French and Algerian generals and signed an “Algiers Declaration” setting out cooperation in areas including gas and hydrogen development and sports.

Mr. Tebboune came to power through a disputed election in 2019 after a popular uprising ended the 20-year autocratic rule of Abdelaziz Bouteflika. The movement failed to break the repressive state apparatus, buttressed by enormous oil and gas revenues, that has stifled freedom and opportunity.

The question is how much change is possible with an essentially unchanged government that Mr. Macron, to the fury of Algerians, characterized last year as living off an “annuity paid by the past.” He meant the consolidation of power through a relentless focus on French crimes. At the same time, Mr. Macron asked “whether there was really an Algerian nation before French colonization.”

This visit was partly an attempt to overcome the resulting ruckus.

“I doubt anything will change,” said Nordin Saoud, a restaurant owner in Oran, Algeria’s second major city. “Our leaders all go shopping in France and won’t even allow me to build a terrace outside the restaurant. No reason given. What do they care?”

Algiers was in near lockdown for the visit, as the vast military and security network that has been the ultimate authority in the country for decades made sure there were no disruptions. The police were everywhere. This is a country with about 1,000 miles of Mediterranean coastline and virtually no tourism because tourists bring cameras, prying eyes and openness. They would also bring revenue and jobs, of course.

In Oran, where Mr. Macron came into contact with more Algerians, applause was interspersed with isolated chants that recalled the “martyrs” of the war, a reminder of the retrospective mind-set he wants to overcome.

“In Algiers, it was the usual visit, the same rituals, the same old political tunnel,” said Kamel Daoud, a prominent Algerian author and intellectual living in Oran. “But in Oran, Macron had some dialogue with Algerians representative of the country. Macron is direct, has a good understanding with Tebboune, and really I think he’s the last chance to revitalize a dead relationship.”

In Oran, Algeria, on Saturday, Mr. Macron came into contact with more Algerians. But applause was interspersed with isolated chants that recalled the “martyrs” of the war.Credit…Ludovic Marin/Agence France-Presse — Getty Images

An agreement with Mr. Tebboune was reached for a complete opening of the countries’ national archives to a joint commission of historians who will examine a past that remains bitterly contested. Even the French and Algerian estimates of war dead, at 500,000 and 1.5 million, diverge drastically.

Standing outside the cemetery, Mr. Macron said he sought “truth and acknowledgment” but rejected “repentance,” much less a formal apology, for what he described in 2017, before becoming president, as a French “crime against humanity” in Algeria.

“In Algiers, Mr. Macron lacked the courage of great leaders,” Le Soir d’Algérie, the country’s third-largest French-language newspaper, said in front-page commentary that accused him of failing to retract the “great lie” that “Algeria was created by France.” It was one indication of the deep resentments that linger.

Algeria is an outsize French national interest, more acutely so with the war in Ukraine sending energy costs soaring and forcing diversification away from Russian gas, although French dependence on gas is much lower than that of some other European economies.

France’s third-largest embassy, after Washington and Beijing, is in Algiers. The millions of French citizens and residents linked to Algeria — immigrants and their children, binationals, descendants of the 900,000 “Pied-Noir” French Algerians messily repatriated in 1962 — place the country at the core of domestic politics.

The French nationalist far right is not quite ready to forgive the loss of Algeria. Bleak projects on the outskirts of major cities speak of immigrant exclusion. Islamist terrorist attacks harden anti-immigrant sentiment. The vortex of mutual incomprehension deepens.

Opening the 16th legislature of the Fifth Republic less than three months ago, José Gonzalez, the 79-year-old doyen of the French National Assembly and a member of the far-right National Rally, said, “I am a man who saw his soul forever scarred by a feeling of abandonment” on being forced to leave his native Oran. “I was torn from my native land by the gale of history.”

It was an extraordinary reminder of unhealed wounds.

No French president has tried as hard as Mr. Macron, the first who was born after France left Algeria, to reshape the relationship. He has acknowledged for the first time the widespread use of torture by French forces and asked forgiveness for the abandonment of the hundreds of thousands of Algerian Arabs, known as Harkis, who fought on the French side in the war of independence.

“We are not going to invert everything in a single speech or visit,” said Benjamin Stora, a historian who wrote a government-commissioned report on Algeria and accompanied Mr. Macron. “But we want to liberate history, liberate memory, liberate more people to circulate and show, with the number of Franco-Algerians in our delegation, what France really is today.”

Chefs, academics, parliamentarians, movie directors and ministers of Algerian descent accompanied Mr. Macron. Mr. Kepel, the historian, said he noticed on the presidential plane, as passports were collected, that about a quarter of them were green, or Algerian.

To some degree, the largest country in Africa has shifted its focus from France.

Algeria recently built a monumental Grand Mosque in Algiers (whose capacity is 120,000 worshipers and whose ultimate cost is unknown) with the help of Chinese laborers, ordered a large-scale switch to the teaching of English rather than French in primary schools and consolidated ties with President Vladimir V. Putin’s Russia.

Security personnel patrolled the Great Mosque of Algiers on Thursday ahead of Mr. Macron’s visit to the country.Credit…Ludovic Marin/Agence France-Presse — Getty Images

As for Russia’s war in Ukraine, Mr. Macron declared: “The Algerian nation was built against colonialism and imperialism. The war in Ukraine is the war of an imperial and colonial power that invaded its neighbor.” Therefore, he concluded, “the Algerian people can only be against this colonial war.”

If only it were that simple.

Many Algerians, like others in the developing world, see “imperialism” in the post-Cold War expansion eastward of NATO.

At the cemetery, members of the French delegation followed Mr. Macron to the small area reserved for Jewish graves. The Jews of Algeria, who once numbered as many as 130,000, are now gone.

They were part of the tumultuous exodus at the end the war, an exodus that Mr. Macron recalled in an emotional address to French Algerians this year, describing how many felt “misunderstood, held in contempt for your values, your language, your accent, your culture, your talents” as they passed “from one shore to another.”

It was yet another attempt to make amends for history. Asked if his criticism last year of the Algerian government was forgotten, Mr. Macron said: “This is a love story that has its tragic side. You can’t reconcile if you haven’t first been angry. And I have tried since I became president to look our past in the face.”

Is Serena Williams the GOAT? Yes. No. Probably. Maybe. Without a Doubt. 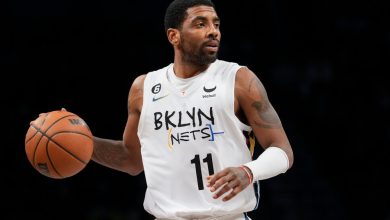 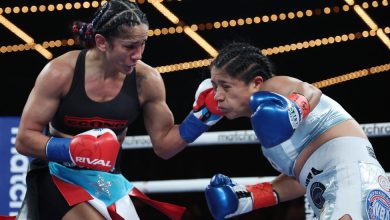