A janitor working his shift at a Virginia Walmart. A 40-year-old woman returning home to Colorado Springs for the holidays. A young man at his girlfriend’s side, watching her friend perform in a drag show.

Three college football players. A mother who worked to help foster children. One bartender who remembered your drink and another who danced.

White and Black, gay and straight, old and young. The collection of the newly dead from just three of this month’s mass shootings are the very picture of the ideals — inclusivity, setting aside differences — that America prides itself on at this time each November. Fourteen people who did not know their last Thanksgiving was already behind them.

Tuesday’s rampage, in which six people were killed in a Walmart in Chesapeake, Va., was the 33rd mass shooting in November alone, and the nation’s 606th this year, according to the Gun Violence Archive.

That shooting occurred after three students were killed at the University of Virginia on Nov. 13 and five people were killed on Saturday night at a gay club in Colorado Springs. 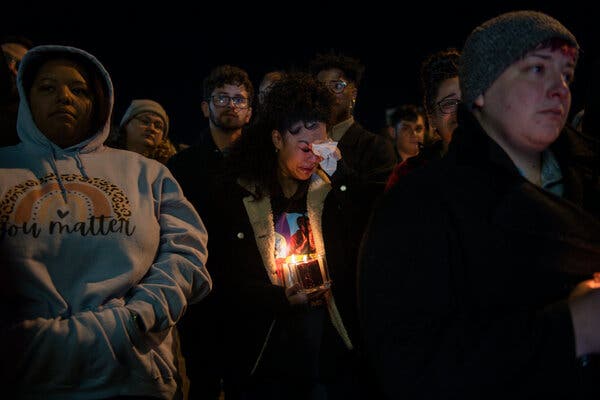 A vigil outside of Club Q in Colorado Springs on Monday. Credit…Daniel Brenner for The New York Times

“She was going to be at my house for Thanksgiving,” Natalee Skye Bingham said of her friend, Kelly Loving, a Memphis native who promised a spread of Southern food — deviled eggs, collard greens and baked mac and cheese.

Instead, she was killed inside Club Q during a night meant to cheer her up. “Now, it’s one less person at my table,” Ms. Bingham said.

All three shootings were carried out at places that, for those within, felt warmly familiar. Safe.

Club Q was widely described as “family” to the L.G.B.T.Q. and straight patrons alike who came there for a drink and a show. The University of Virginia athletes were shot on a bus returning from a play they had watched for a class. And now a Walmart store, a place instantly recognizable throughout America, this one located in a former colony older than the country itself. The Virginia state seal was created by a signer of the Declaration of Independence. Its motto: “Sic Semper Tyrannis.” Thus Always to Tyrants.

“It’s a small town, and it’s the Walmart right up the street,” said Sapporah Watkins, 28, who lives nearby. “Either you’ve worked at the Walmart, or a friend of a friend, or whatever the case may be. It’s unexpected. Definitely.” 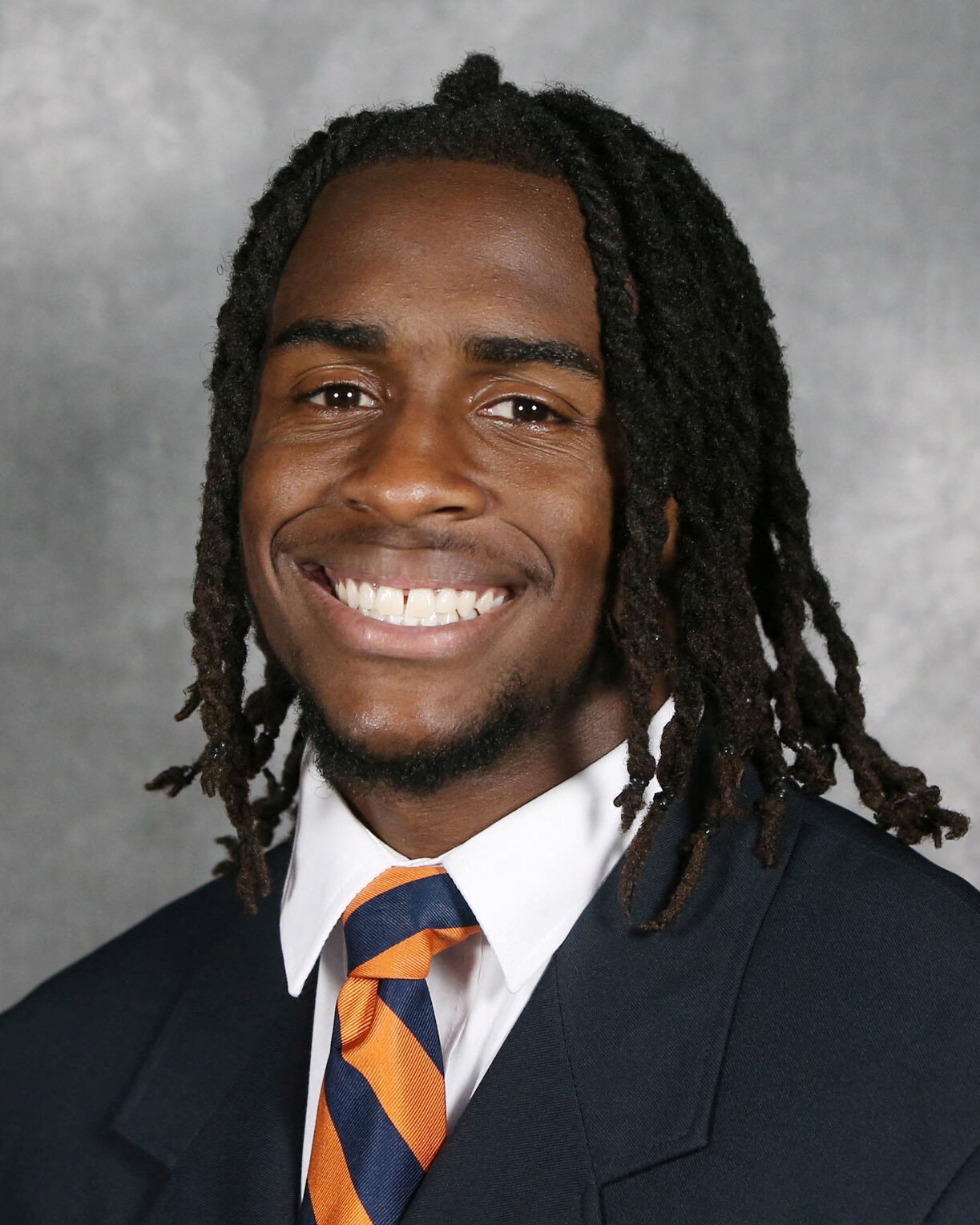 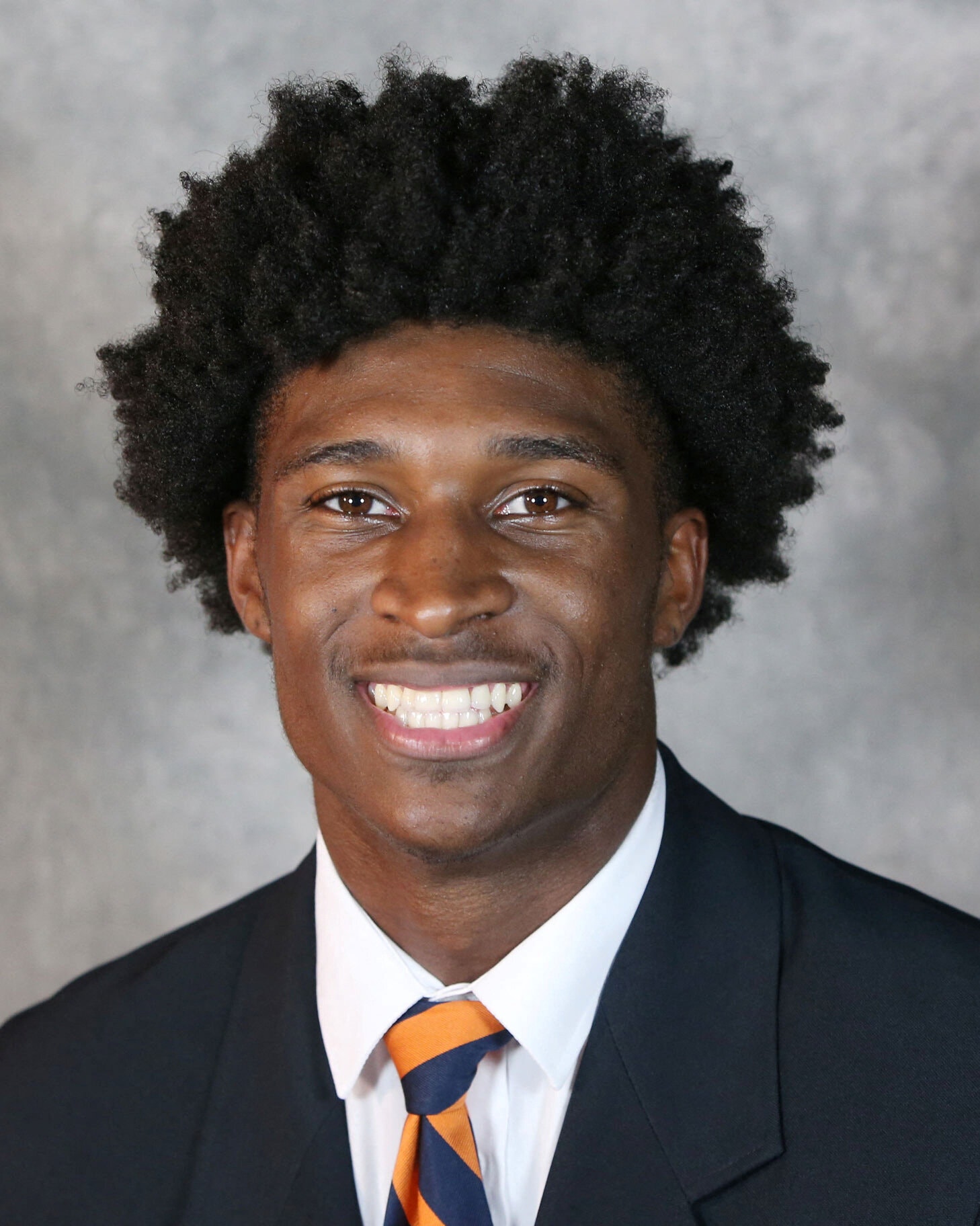 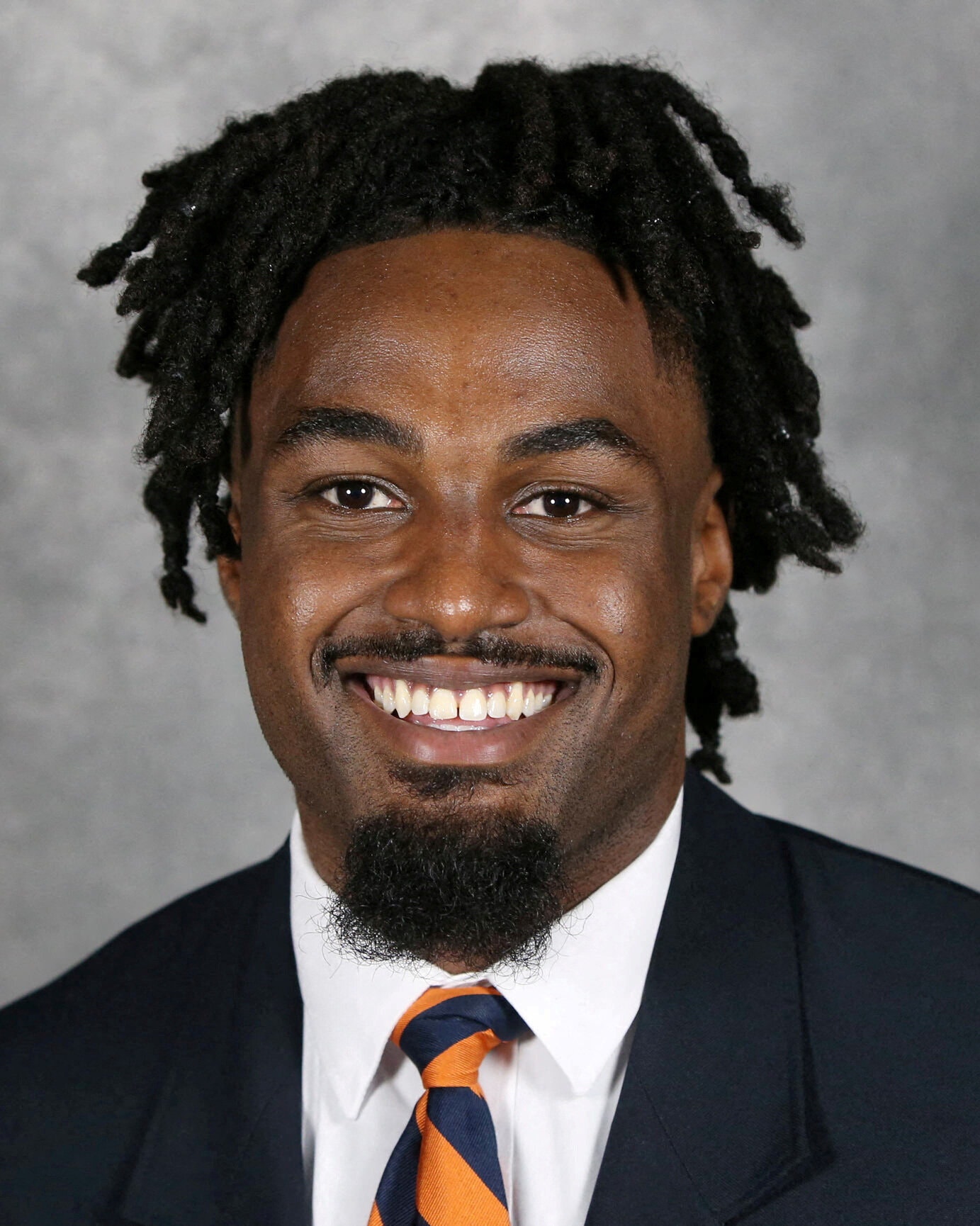 At the University of Virginia, the slain football players — Devin Chandler, Lavel Davis Jr. and D’Sean Perry, “vibrant, beautiful young men” — were celebrated at a memorial service that drew some 9,000 people.

Fearsome on the field, the players were remembered as sweet young boys. Mr. Davis, a wide receiver on the team, had the number of the highway exit leading to his hometown, Ridgeville, S.C., tattooed on his arm, and he made it sound like “the biggest city in the world,” a teammate remembered.

His teammate, Mr. Perry, once dressed as a red Power Ranger for Halloween as a child, so taken with his costume that he didn’t take it off until after Thanksgiving. And Mr. Chandler’s family still had a video of him at age 10, dancing with abandon in a parking lot.

“To my three young kings, I am eternally grateful for you,” their coach, Tony Elliott, said during the service. “Thank you for being a light to the world.”

A vigil at the University of Virginia. Credit…Eze Amos for The New York Times

Half the country away, in Club Q, with its bingo and karaoke nights and weekend drag shows, Derrick Rump and Daniel Aston were popular bartenders.

“Daniel had this smile that you would see from across the club,” a friend and co-worker, Shadavia Green, 38, said, “and you would literally be like, ‘Let me find a reason to walk over there,’ just to be closer to Daniel.”

“He would get crazy wigs and outfits and he would jump across the stage and he could slide on his knees,” his mother, Sabrina Aston, told The Associated Press. “And he was quite entertaining. Everyone started hooting and hollering.”

Tiara Kelley, a drag performer, said both Mr. Rump and Mr. Aston welcomed her into the Club Q family a month ago, always ready with a shot of Fireball whiskey or some other special concoction for her after the show.

“They were just two of the most amazing people,” she said. “It’s just not something you get really often at a bar, to have the bartenders so involved and interested,” she said. 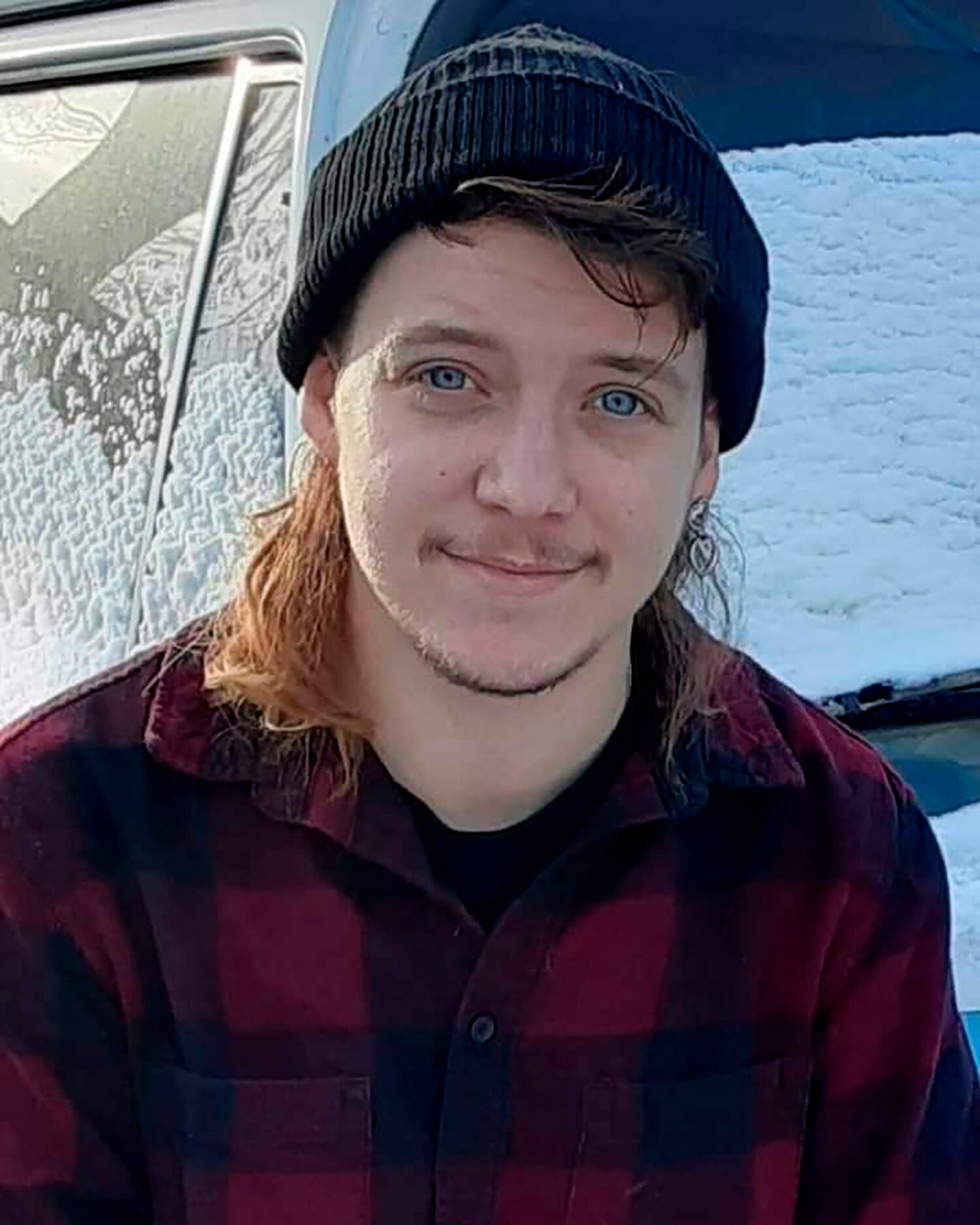 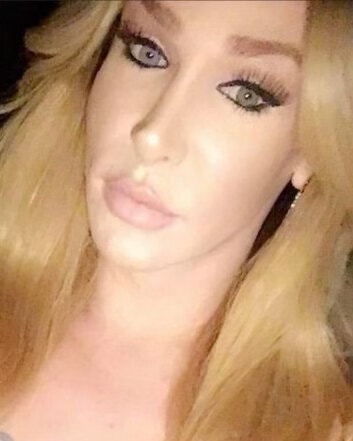 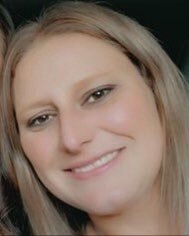 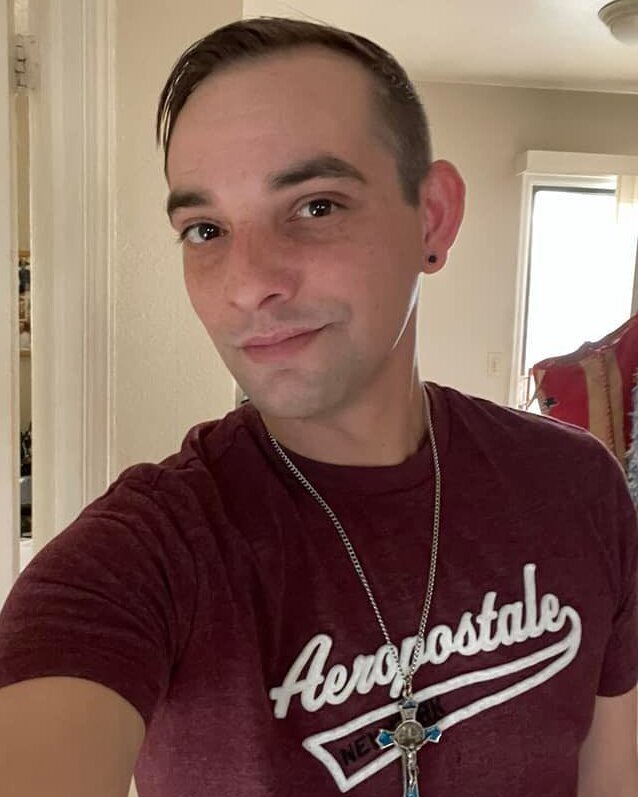 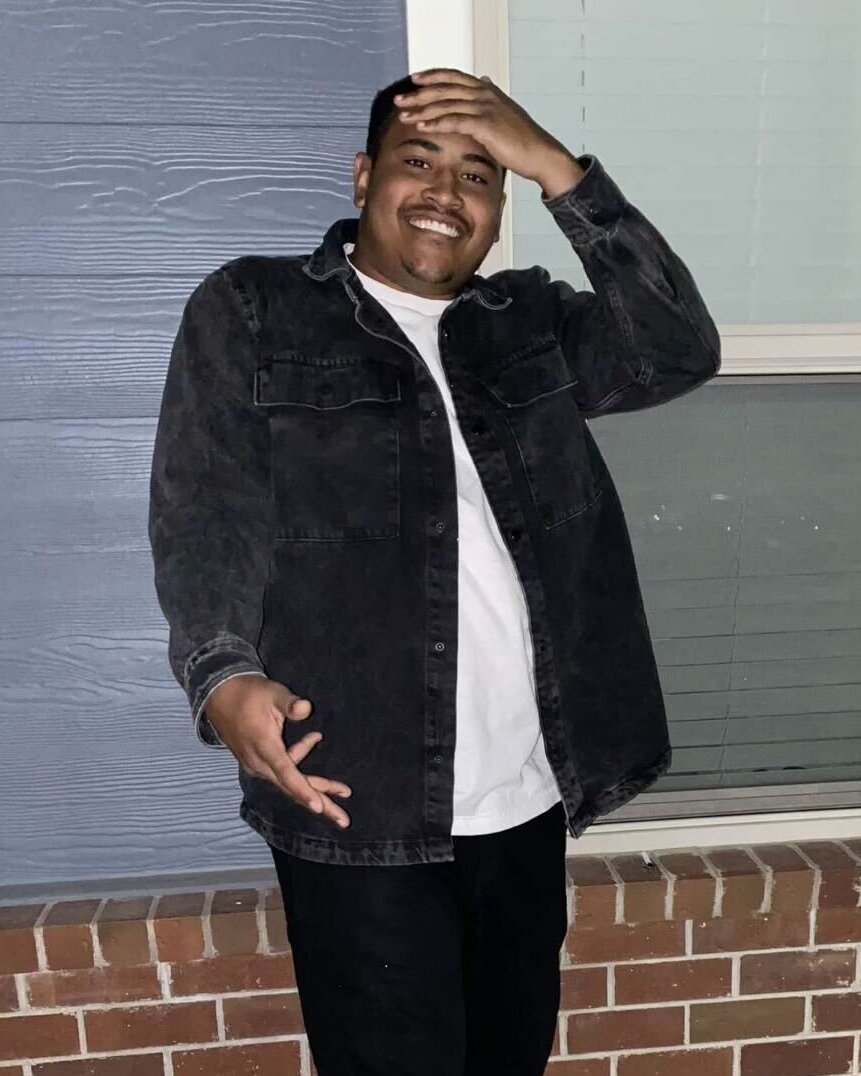 Raymond Green Vance, 22, was the opposite of a regular — he had only set foot in Club Q for the first time on Saturday, to watch the show with his girlfriend since middle school and her father, Richard M. Fierro, a U.S. Army veteran happy to be invited along.

“These kids want to live that way, want to have a good time, have at it,” he said later as he described the night. “I’m happy about it because that is what I fought for, so they can do whatever the hell they want.”

When the shooting began, Mr. Fierro leaped to his feet and tackled the attacker, saving countless lives.

But later, as the survivors huddled together, the loyal boyfriend was not among them. “My little girl, she screamed,” Mr. Fierro said, “and I was crying with her.”

In Chesapeake, the dead were identified a day after Tuesday night’s shooting, in which a longtime Walmart manager arrived at the store with a handgun and extra ammunition and opened fire before killing himself, the police said.

First came the names: Randall Blevins, a longtime member of the team that set prices and arranged merchandise. Brian Pendleton, a maintenance worker known to help with whatever the problem was at hand.

A makeshift memorial outside the Walmart in Chesapeake, Va.Credit…Kenny Holston for The New York Times

Then came the adjectives, painfully familiar: “Quiet,” a neighbor said of one victim, Tyneka Johnson. Another called her “a sweet young lady.”

“Such a nice guy,” a friend posted on Facebook, speaking of Mr. Pendleton.

They are among the qualities for which Americans are most thankful, rendered now in too-short obituaries.

Tags
Said That Walmart Was With

The Tiny Dancers Who Make ‘The Nutcracker’ Sparkle

Is Homeownership Slipping Even Further Out of Reach for New Yorkers?

Germany says it will allow the export of older Leopard 1 tanks to Ukraine.

Ford Partners With Red Bull in Return to Formula One