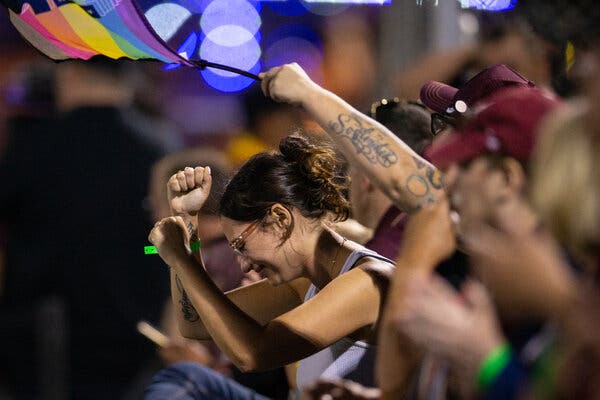 SACRAMENTO — A veteran of international soccer, Mark Briggs did not need to be told that his second-division Sacramento Republic Football Club had done something significant, shocking three straight Major League Soccer opponents to advance to the finals of the all-comers U.S. Open Cup.

“It’s an opportunity for us to showcase ourselves, and fortunately, we’ve been able to grab it,” Briggs, a native of England, said.

After all, he’s not from here.

The Sacramento region, with 2.5 million residents, would be a dominant metro area in almost any other state. But in California, it has long had to fight for respect in the shadow of San Francisco and Los Angeles, not to mention San Diego and the Silicon Valley.

As a sports town, Sacramento operates in a near-perpetual state of acid reflux. Spurned by Al Davis after a relocation tease by the N.F.L.’s Raiders in the 1980s and ignored as a future landing spot for the Oakland A’s, the city has a long and dyspeptic history of playing host to an array of second-tier enterprises and oddball sports ventures.

Its lone local entry among the five major U.S. leagues, the Sacramento Kings, has gone 16 seasons (and counting) in the N.B.A. without a playoff appearance — a league record nobody wanted.

Republic F.C.’s march through the Open Cup is a bittersweet gift. The city’s attempt to advance the franchise out of the United Soccer League and join M.L.S. has become a yearslong courtship, yet unrequited. The league invited Sacramento to join in 2019, then looked elsewhere after the chief investor, Ron Burkle, pulled out of the deal in 2021.

“We are a major league city in every way,” insisted Mayor Darrell Steinberg of Sacramento. “No matter what happens going forward, we are still fighting to win a franchise” in M.L.S. Steinberg said that plans for a new soccer stadium were progressing in the rail yards area near downtown — a slimmed-down version of an idea originally hatched to accommodate M.L.S.-size crowds.

Sacramento is still struggling to rebound from pandemic closures of downtown businesses and state office buildings, and a stadium could be a potential catalyst to jump-start activity in the city core. The region has drawn renewed interest from coastal residents in an era of remote work, attracted to lower prices and more living space.

And Republic F.C.’s run to the Cup finals has raised anew a sense of what’s possible among Sacramento’s typically devoted sports fans. The club’s pulsating semifinal win over Sporting Kansas City, which was decided by a thrilling penalty kick shootout, was played before a wild sellout crowd of 11,500. “I think many of them came because they realized we had a chance to show the M.L.S. that they made a mistake,” said Brad Hill, 37, a Republic season ticket-holder who has followed the club since its inception in 2014.

During the Kings’ run of success in the early 2000s, Sacramento fans locked onto the Los Angeles Lakers as their rivals, only to be met with studied indifference or casual insult by Los Angeles stars, including Kobe Bryant and Shaquille O’Neal.

Republic F.C.’s run has tapped into that emotion. “Our players go out there and have a chip on their shoulder, something to prove, and I think that’s very representative of Sacramento,” said Todd Dunivant, the team’s president and general manager, himself a five-time M.L.S. champion during his playing days. “As a city, as a region, we’re not the first thought when you think of California, but we’re proud of what we do and who we are.”

The club will need that attitude Sept. 7, when it travels to face M.L.S. power Orlando City SC in the tournament finals. Win or lose, though, it has already provided Sacramento’s tortured fans with a surprising, upbeat moment in another long sports year.

“There’s a thirst for a winner here, and there’s a fire in the belly to get an M.L.S. team,” said Francis Avoce, 24, who played high school soccer in nearby Davis, participated in Republic F.C.’s first academy development class of young talent, and has spent the past two years competing internationally. “It’s the message it sends to the rest of the country: Sacramento belongs here.”

Mark Kreidler was The Sacramento Bee’s lead sports columnist for 15 years and has lived in the Sacramento area for three decades.

Autopilot, which can steer, brake and accelerate a Tesla on its own, has been available since 2015.Credit…Mike Blake/Reuters

Danny Park wants his store, Skid Row People’s Market, to be more than just its inventory.

His mission statement is painted on the wall in English and Korean: “A safe space for Skid Row community to heal ourselves and develop healthy identities.”

Employees at the Los Angeles store sometimes serve as therapists, social workers, confidants or mediators. They try to help customers build self-esteem, express themselves, display their art, even take steps toward building credit.

“We all believe, in whatever work we do, that we are doing some kind of good for humanity no matter what it is,” Park told The Los Angeles Times. “So why can’t that be the product?”

The story of why the store tries to do so many things has a lot to do with Park, but it really started long before, on a Saturday morning in 1991.

Thanks for reading. We’ll be back tomorrow.

Soumya Karlamangla, Allison Honors and Jack Kramer contributed to California Today. You can reach the team at CAtoday@nytimes.com.

Decorative Bowls for Odds and Ends

In Maine, a Rare Influx of New Residents, and a Housing Crunch

The Powerful Lobbyist Behind Kevin McCarthy