For the first few years after the Serbian restaurant Kafana arrived on Avenue C, in 2008, it served two overlapping constituencies.

The first, of course, was made up of Serbs. Like Kafana’s owner, Vladimir Ocokoljic, many of them had been raised in Yugoslavia before it broke up and blew apart. Dimly lighted and steeped in nostalgia, the restaurant evokes a village tavern, with bentwood cafe chairs, framed photographs of the old country and predigital artifacts like a 1921 cash register and a vintage sign for the Serbian postal, telegraph and telephone service.

Kafana’s sense of being a haven for the homesick intensifies on Friday nights, when musicians huddled in one corner spool out the loping, asymmetrical rhythms of the Balkans.

The food betrays an attention to cooking and ingredients that goes beyond nostalgia, though. Wedges of gibanica and zeljanica — cheese pie and spinach pie — are tall and pillowy, their many stacked layers of phyllo spongy and cakelike instead of thin and flaky as they might be in Greece or Turkey. 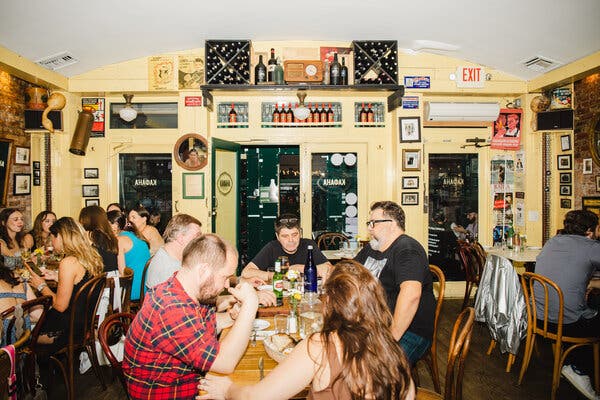 The restaurant is inspired by small taverns in Serbia.Credit…Lanna Apisukh for The New York Times

Fluffy, round loaves of lepinja are crisped on the grill before they are sliced open and filled with creamy kajmak cheese and, if you like, a few thick, purplish slices of dry-aged pork loin. A plate of roasted red peppers topped with pickled feferons, the half-spicy, Chartreuse-colored Serbian chiles.

Most of the menu is given over to pork, with lamb trailing behind in second place. This is the attraction for Kafana’s second major constituency, the meat enthusiasts.

My friend Josh Ozersky, a writer who died in 2015, was an early member of that group.

Josh, whose career as a kind of public advocate for carnivores began with a guidebook called “Meat Me in Manhattan,” written under the pen name Mr. Cutlets, moved to the East Village around 2011. He fell in love with Kafana immediately. When he emailed me to ask whether I’d been there, I replied that I had — then made the mistake of telling him I couldn’t exactly remember what I’d eaten.

Josh was incredulous. “You forgot the Kafana cevapi and lamb ribs and baked beans?” he wrote. “Really?”

The cevapi draw sausage lovers from all over, even though they come with nothing but parsley and raw onions.Credit…Lanna Apisukh for The New York Times

That “really” still haunts me. In my defense, I’m not sure I’d actually tried any of those things at the time. Since then, though, I’ve come to revere Kafana’s beans and its cevapi. (The lamb ribs turn up sometimes as a special.) About the size of small breakfast links, grilled and served with nothing more than chopped raw onions, the cevapi are not spicy or salty or fatty or smoky or any of the usual things that make sausages stand out. They just seem to be full of character and flavor all on their own.

The baked lima beans — prebranac, to Serbs — are very much in the same vein, ordinary ingredients that have ascended to a state of enlightenment. (Part of the secret may be that heaps of onions and oil vanished into the beans as they cooked.)

I wondered how Josh knew about those beans, given that he was then keeping very close to an all-meat diet. Now I know that they are usually served under one of Kafana’s fat housemade sausages: the smoked and supremely garlic-laden seljacka, or the pork-and-lamb blend called zlatiborska, or, best of all, the spicy pork sausage called ljuta. Already packed with so much hot paprika that beans directly beneath it will be dyed bright orange, the ljuta gets extra volatility from jalapeños.

The pljeskavica is served inside freshly grilled flatbread.Credit…Lanna Apisukh for The New York Times

And of course there is a great version of the Serbian burger, pljeskavica, pressed until it reaches the edges of the loaf of lepinja that serves as a bun. The patty can be left alone or stuffed with ham and kajmak; in either case, a bracing schmear of ajvar, the heat-packing relish made from red peppers, is almost mandatory. This may also be the time to mention that Kafana makes excellent French fries, or “pomfrit,” as the menu has it.

Kafana was several years into its run before it began to attract a third faction.

You started to see tables crowded with wine bottles whose labels were studded by consonants and diacritical marks. Glasses were filled or half-filled with peculiar-looking liquids, some the color of sherry, some distinctly orange, some as cloudy as a jar of weird pickles from the back of your grandmother’s refrigerator. There was an excitement and a low-key self-congratulatory mood at these tables that you used to see in Alphabet City only when a group of musicians holding power tools and an arc welder played an unadvertised show in the abandoned gas station on Avenue B.

The wine geeks had discovered Kafana.

Kafana began amassing bottles from regions of the former Yugoslavia almost as soon as interesting wines began to be made there again.Credit…Lanna Apisukh for The New York Times

Early on, Kafana offered what Betsy Andrews, in a brief, unstarred Times review from 2008, called “a bare-minimum selection of beer and wine.” As time went on, Mr. Ocokoljic began stockpiling bottles from what used to be Yugoslavia and from the part of Italy bordering Slovenia. Many of the winemakers had survived Communist agriculture and war, and were starting to produce interesting wines again — some following ancient methods, some using experimental techniques.

Kafana picked up on what was happening in that part of the world before almost any other local restaurant. That made it the place where many people drank their first orange wine, their first vintages aged in beeswax-lined amphorae, their first bottle of Movia, Gravner, Keltis, Princic or Radikon.

If these names are not in your working vocabulary, it can be useful to take a wine nut with you to Kafana. (It’s also wise to visit an A.T.M. beforehand, because Kafana takes cash only.) The servers are an intensely loyal crew, many of whom have been there since the beginning, and they do not always leap at the chance to educate newcomers. The hospitality can be somewhat brusque in general; one night when I ordered a bottle of wine and nothing else, I was told, “You have to order some food. You can’t just sit here and drink all night.”

Fair enough — Kafana’s cooking does taste better with a glass of something unusual. The place could be a great wine bar if it wanted, but its ambitions are higher. Kafana is a restaging, in loving detail, of a home left behind.

Choose Your Own Literary Adventure 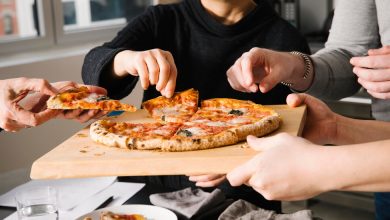 Reader Tips for a Better Frozen (or Homemade) Pizza 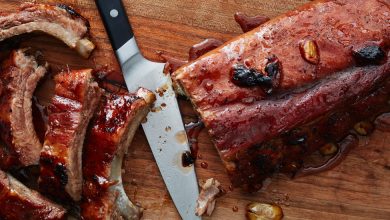 The Juicy Secret to Stellar Baby Back Ribs 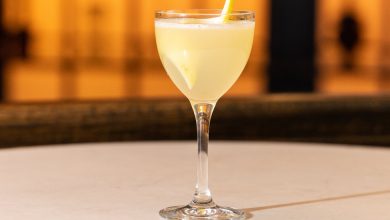 Celebrating the Roaring 2020s With a Bee’s Knees Cocktail