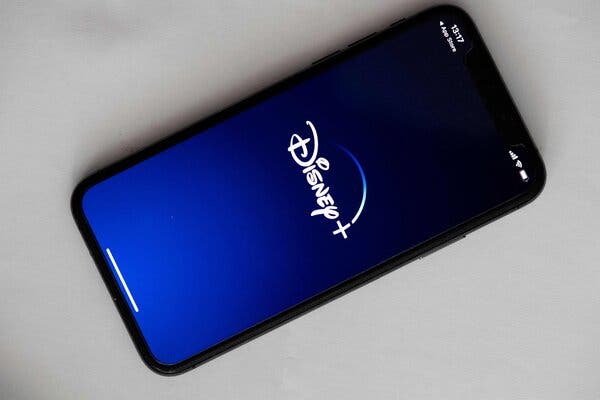 Third Point, the hedge fund led by Dan Loeb, has bought a new stake in the entertainment giant Disney worth about $1 billion, and is pushing for the company to make changes including spinning off ESPN, taking full control of the streaming service Hulu early and installing new board members. Disney has so far held off on some of those ideas, and Loeb may face resistance without representatives on the board. (Disney points out the average tenure of its board members is a swift four years.)

Third Point had just ended a different campaign at Disney. In 2020, it disclosed a stake in the company that was worth more than $900 million at its height, and pushed for more investment in streaming. It then sold all its remaining Disney shares in the first quarter of this year.

Disney’s bet on streaming has been paying off. Its main streaming serviceDisney+ added 14.4 million subscribers in the most recent quarter, far more than Wall Street expected. Disney’s strong performance in a business that is increasingly driving the entertainment industry, even as other streaming companies have struggled, has created safer territory for Loeb to launch a campaign, with less risk that it will be derailed like Bill Ackman’s investment in Netflix was. Nonetheless, Disney’s stock is down about 20 percent since the start of the year, underperforming the S&P 500, in part because of broader industry hand-wringing over the profitability of direct-to-consumer streaming.

ESPN is in Loeb’s sights. Analysts and bankers have long speculated that Disney might spin off the sports network and its related businesses, which have grown far quicker than much of the rest of its portfolio.

But Disney has reasons to keep it. ESPN is a profit engine for the company that helps offset losses as it pours money into streaming. In February, Disney’s chief executive, Bob Chapek, seemed to try to temper expectations that he might hive off ESPN, talking up the future of the brand and expressing excitement about a potential entry into sports betting. The sports network also effectively holds Disney’s cable channel portfolio together. But that business is in steep decline: 8.2 percent of all traditional cable customers in the U.S. canceled their hookup in the second quarter, according to a recent Wells Fargo report.

Loeb also wants faster action on Hulu. Disney said in 2019 that it would acquire Comcast’s one-third stake in the streaming service, which was started as a joint venture, for at least $5.8 billion in the coming years. Loeb wants Disney to buy out that stake early, before the contractual deadline of 2024, to help strengthen its push into streaming.

But that could be expensive. Loeb acknowledges that Comcast may not be willing to sell at a reasonable price, particularly as it looks to bolster its own streaming business, Peacock. Analysts have estimated that buying Comcast’s stake in Hulu would cost at least $9 billion.

Apple wants employees back at the office three days a week, starting in early September. The C.E.O., Tim Cook, told employees the measure was “a pilot,” but emphasized it was necessary to jump-start “in-person-collaboration that is so essential to our culture.” The tech giant is also cutting back on hiring and spending, and recently axed about 100 recruiters.

A top Trump executive nears a plea deal. Prosecutors had long hoped to flip Allen Weisselberg, Trump’s longtime C.F.O., who is facing income tax evasion charges that could carry a 15-year jail term. But Weisselberg, who is expected to plead guilty in exchange for a significantly reduced sentence, does not appear to have given prosecutors evidence that would implicate the former president or his family in a crime.

The Race to Rule Streaming TV

The “smart money” dumps stocks. In the set of second-quarter filings due from hedge funds yesterday, Tiger Global, David Tepper’s Appaloosa Management and Scion, which is run by Michael Burry from “The Big Short,” all trimmed their equities holdings significantly as recession fears gripped the markets. University fund managers at Princeton and Yale made similarly bearish bets. But Warren Buffett’s Berkshire Hathaway snatched up depressed shares in Apple and George Soros did the same with Amazon.

Peloton spins a D.I.Y. redesign in time for Christmas. Barry McCarthy, the struggling exercise bike maker’s C.E.O., told Bloomberg he’s considering a range of cost-cutting moves to turn the company around, including shipping bikes to customers in kit form. Peloton has already raised prices and shut some factories, but its shares are down more than 60 percent this year.

Home Depot and Walmart beat expectations. The two big retailers reported better than expected sales and profit, even as higher inflation and a spending shift toward services have pinched retailers this year. Shares of Walmart were up in early trading, even as the company reiterated its expectation that consumers would continue to cut back on spending this year.

A tidal wave of pandemic fraud

During the worst of the pandemic, as the virus forced businesses to close their doors, Congress and federal agencies provided about $5 trillion in relief money in three legislative packages aimed at keeping the economy afloat.

With a giant crash to avert, the money came with few strings and minimal oversight. The programs, which expanded unemployment benefits, paid companies to keep workers on their payrolls and also expanded a type of disaster loan, were all designed relying on the honor system. The result: A massive fraud wave, most likely the largest in American history, in which billions of dollars were stolen by thousands of people, reports The Times’s David A. Fahrenthold.

Some of the oddest, and most seemingly see-through, schemes:

Two years later, authorities are still pursuing tens of thousands of additional cases of fraud. There are 500 people working on pandemic-fraud cases across nearly two dozen government agencies, plus investigators from the F.B.I., the Secret Service, the Postal Inspection Service and the Internal Revenue Service. Agents in the Labor Department alone are still working on some 39,000 cases. The Small Business Administration office is investigating two million loan applications. And that’s on top of the 1,500 people who have already been charged with defrauding pandemic-aid programs. More than 450 people have been convicted.

“I sat there for two and a half hours in the freezing cold, getting enough charge so that I could limp to the town of Lee, Mass., and then use another charger … It was not a great night.”

— Ethan Zuckerman, a University of Massachusetts Amherst professor and owner of a Chevrolet Bolt, on the surprising lack of a national plan for electric vehicle charging. One recent study in the Bay Area found that almost a quarter of public charging stations weren’t working.

Blockchain advocates are gearing up to fight after the Treasury imposed sanctions last week on Tornado Cash, a crypto “mixer” that obfuscates digital currency trails, and prosecutors in the Netherlands arrested one of its developers.

The moves could threaten the future of crypto. The U.S. sanctions apply to Tornado’s smart contracts, which execute automatically when certain conditions are met. It’s the first time that the U.S. government has applied regulation directly to a software protocol, according to Miller Whitehouse-Levine, the policy director of a crypto lobbying group, the DeFi Education Fund.

“What everyone’s afraid of,” he told DealBook, is that the authorities could start regulating autonomous protocols more widely. Tornado Cash developers and supporters say no one controls its code, and that’s by design.

The Treasury Department “has overstepped its legal authority,” argued Jerry Brito and Peter Van Valkenburgh of the advocacy group Coin Center: “How can it be proper to add to the sanctions list not a person, or a person’s property, but instead an automated protocol not under anyone’s control?” The government action is already having a chilling effect on software development, advocates say, and they are considering a constitutional challenge on free speech and due process grounds. (The Treasury did not respond to a request for comment on Coin Center’s analysis.)

“Is writing an open source code illegal now?” a co-founder of Tornado Cash, Roman Semenov, asked on Twitter last week, after his account on the codesharing platform GitHub was suspended. Semenov has argued that Tornado Cash is not under its developers’ control. Still, the Treasury has vowed to “continue to aggressively pursue actions” and Dutch prosecutors are not ruling out future arrests. So decentralization may not provide the immunization from legal dangers that the industry has relied upon. And that has some analysts predicting more bad news soon.

One of the Oldest Rodeos in America Is in New Jersey